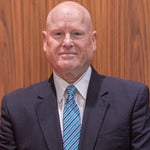 Mark Romney provides business advisory services to clients in the United States and internationally with an emphasis on Latin American issues and representation of Latin American clients in the United States. He is actively engaged in business related litigation and alternative dispute resolution in areas including, but not limited to, contractual disputes, employment related disputes, trade secret disputes, ERISA litigation, real estate and securities litigation including oil and gas litigation matters.

After graduating from Brigham Young University (B.S. Business Management, 1977), he worked in a family business before studying law at the University of Arizona (J.D., 1981). While in law school, Mr. Romney was a member of the Arizona Law Review. Fluent in Spanish and Portuguese, he was a contributing author to the first volume of the Arizona Journal of International and Comparative Law.

After graduation from law school Mr. Romney served as a law clerk for the Hon. H. Vearle Payne, U.S. District Judge for the District of New Mexico from 1981-83. Thereafter, Mr. Romney worked first as an associate and later as a shareholder of Robbins & Green, P.A. in Phoenix, Arizona before moving to Dallas in 1990. Since relocating to North Texas, Mark has worked as a partner in several different law firms including: Boswell & Kober, PC; Vial Hamilton Koch & Knox, LLP; and Shannon Gracey Ratliff & Miller, LLP. Mr. Romney started the Romney Law Firm in August 2013.

Thank you for contacting us. We will get back to you shortly.

Please complete all required fields below.

We'll gladly discuss your case with you at your convenience. Contact us today to schedule an appointment.